In 1953, the Knesset (Israel’s unicameral parliament) at the same time that it created the Yad Vashem in Jerusalem, consecrated to the victims of the Shoah, decided to honor “the Righteous among the nations who put their own life in danger to save Jews.”  The title of Righteous was awarded in the name of the State of Israel by the Yad Vashem Memorial to non-jewish people who brought help, in situations where the Jews were powerless and threatened with death, at the risk of their own life and that of those close to them. 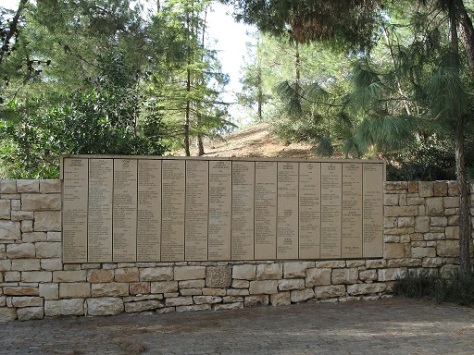 Wall with the names of the Righteous among the Nations, Jerusalem.

Three Sisters of Notre Dame de N. received this honorific title, two Belgians in 1995, and one Italian in 2005.  A fourth Belgian sister eagerly assisted her brother who received the title of “Righteous among the Nations” in 1964.

At the risk of their own lives. Sr. Marthe and Sr. Madeleine saved two Jewish children during the second world war:  Nora Schlusselberg, age 8, and her 3-year-old brother. 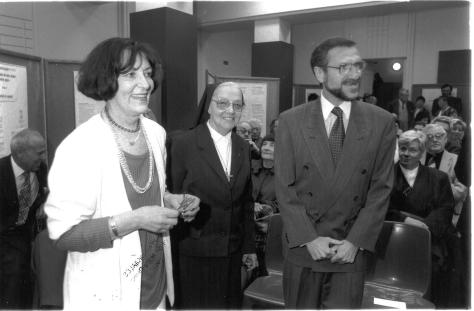 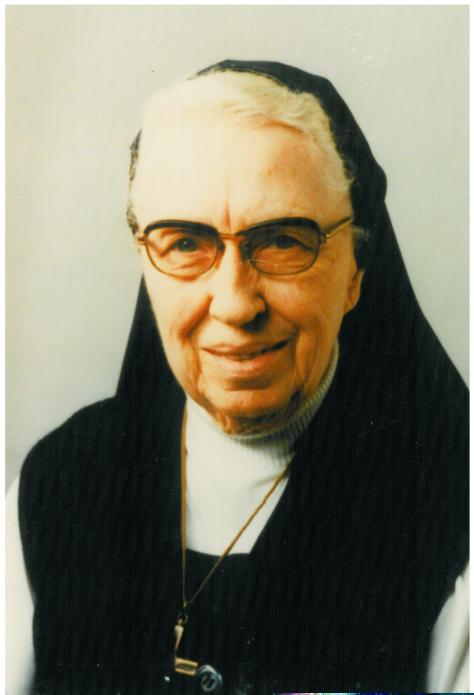 Having arrived in Chimay in 1940, their parents knew that behind the heavy wooden door of the boarding school of the Sisters of Notre Dame, a woman of exceptional character and valor directed this religious community.  Immediately, Sr. Madeleine Hospel understood the parents’ act of desperation when they confided to her their terrible secret and, at the same time, their two little children.  The hunting of Jews had begun and the parents were trying to save their children.  Without asking for authorization from her superiors, she took upon herself the risk of hiding both of them.  She entrusted them to Sr. Marthe Sibille, the one to whom the children clung and who quickly enveloped them with much affection and tenderness.

On May 24, 1995, Israel insisted on paying homage to two women religious “Righteous among the nations” for having saved, during the course of the war 1940-45, these two Jewish children

Marie Antonia Antoniazzi (better known by the name of Sr. Anthony), SNDdeN, was 43 years old in 1943. 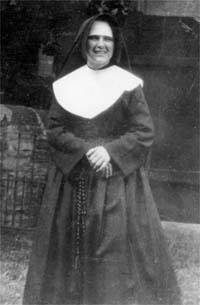 Testimony of a four-year-old Jewish boy named Claudio Iacobbi in 1943.  “When I arrived at the SND convent in Rome with my mother and maternal grandparents, Sr. Anthony welcomed us quietly, warmly and gave us unconditional refuge.”  “She took me into kindergarten,” Claudio recalls.  “She organized help from the Church, and because we had no money she organized and paid the rent for the apartment we lived in.  She got us documents and ration cards.  She was a miracle – because of her we lived.”  But Claudio’s father, Paul, aged 35, was caught by the Germans along with 1003 other Jews and sent to Auschwitz, where all of the members of his family who were not protected by the Notre Dame convent, were gassed.  “I know Sr. Anthony was an angel,” said Claudio, 66 in 2005.  “I know that she also helped other Jews.”  On April 4, 2005, Sr. Anthony was awarded the acclamation “A Righteous Gentile” from the State of Israel on behalf of the Jewish people.  Her name is engraved on the wall in the Garden of the Righteous at Yad Vashem, Jerusalem.

3. A Belgian sister assists her brother, Bruno Reynders (“Righteous among the Nations” in 1964) who saved 390 Jewish children

Lili and Frida Mendrowski, two young Jewish sisters from Brussels, had found refuge with the Donnays, a family from Liège.  Realizing that their son was suspected of working in the resistance and that the home was going to be searched in the middle of the night, the Donnays knew that they were not able to hide the two girls.  “We hadn’t been informed about what was going to happen,” Lili recalled.  “We climbed into a truck, hidden under some blankets, and were brought into a convent.”  The truck had been driven by Brother Bruno Reynders, a Benedictine priest, who saved more than 390 Belgian Jewish children during the war.  Brother Bruno took the two little girls to the convent where his sister, Bernadette, was a religious, the convent of the Sisters of Notre Dame in Liège.  “We arrived in the middle of the night.  The sisters were so welcoming and kind; they didn’t ask any questions.  They led us into a large, beautiful room which, they later told us, was the dormitory.  It was empty because it was summer and school was not in session.”  Brother Bruno’s sister, Sr. Bernadette, was our piano teacher between 1943 and 1945.  “I will never forget the kindness and gentleness of the sisters and I still remember some prayers that we said with them during the two years.”